The Bedford City Council approved the construction contract with Steele & Freeman, Inc. and construction began on the park.

The Bedford Fire Department used the remaining buildings on the property for training purposes.

City Council Work Session, May 19, 5:30 p.m. - The virtual meeting featured an update on The Center at Generations Park. The agenda can be viewed online.

City Council Work Session, April 28, 5:30 p.m. - The virtual meeting was held to to discuss the name of the multi-generational building and park (formerly the Boys Ranch Activity Center at Boys Ranch Park). After a discussion on the choices that were presented, the name "Center at Generations Park" was approved unanimously by all members of the City Council.

The March 30 Bedford Community Affairs Commission Meeting was canceled, due to the COVID-19 pandemic. 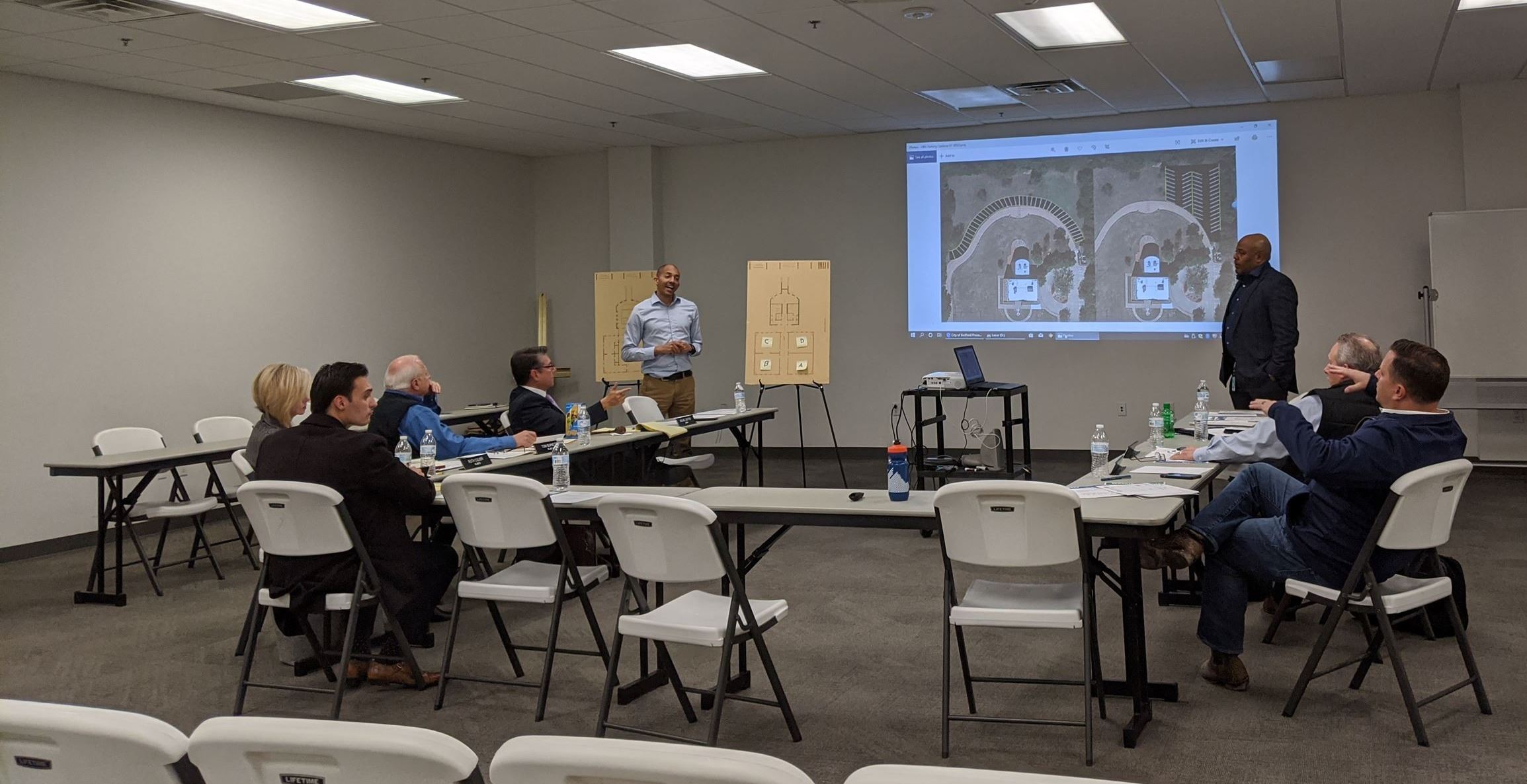 City Council Meeting, November 11 - The City Manager provided an update to the City Council and citizens on the status of the project.

Senior Center Boys Ranch Park - Phase Next Meeting, October 23, 1 p.m. - City staff answered questions and concerns regarding the future plans for the Bedford Senior Center and the Phase Next project.

Please note, all designs below are at 15 percent and were not finalized at this stage. 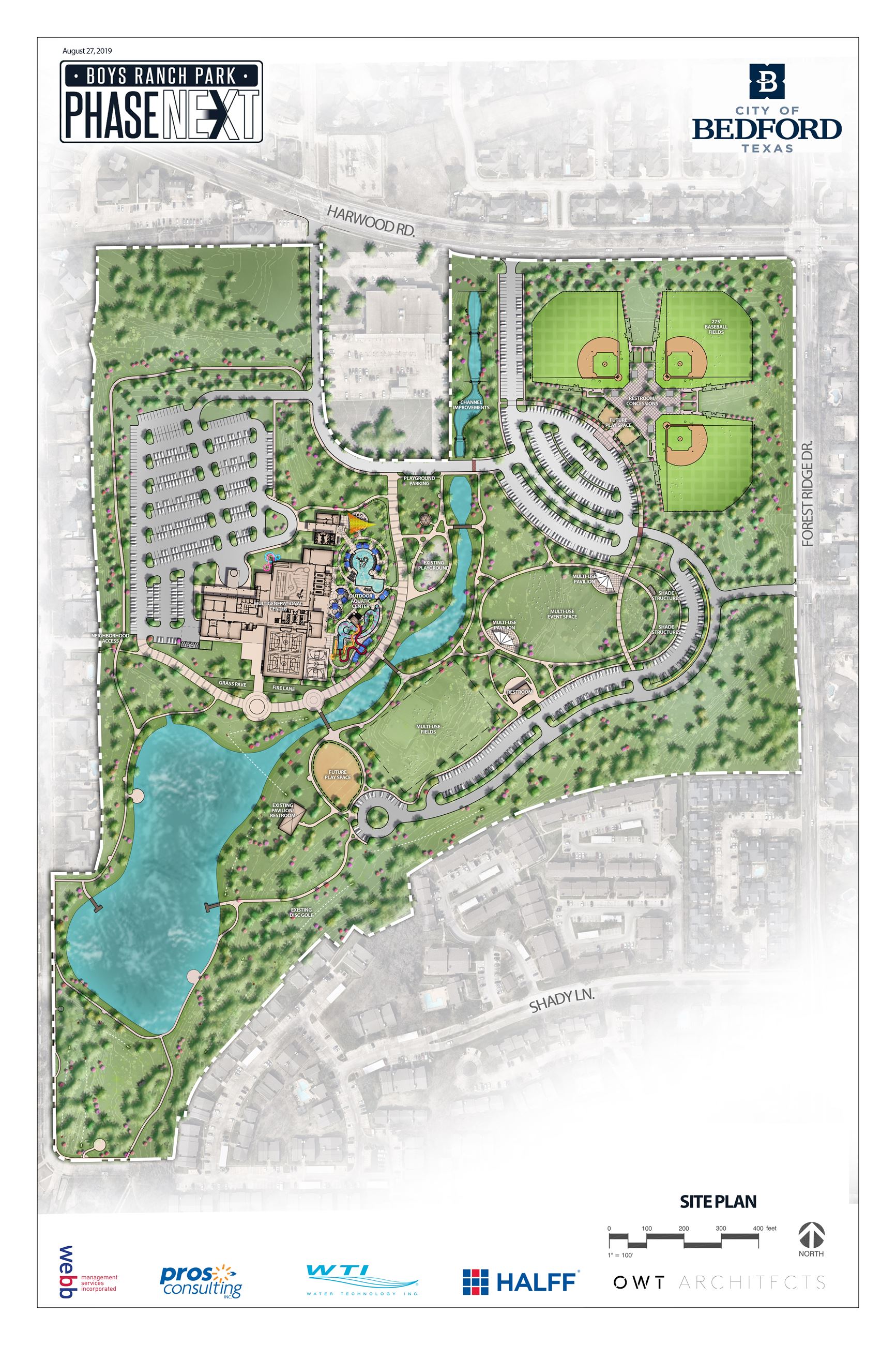 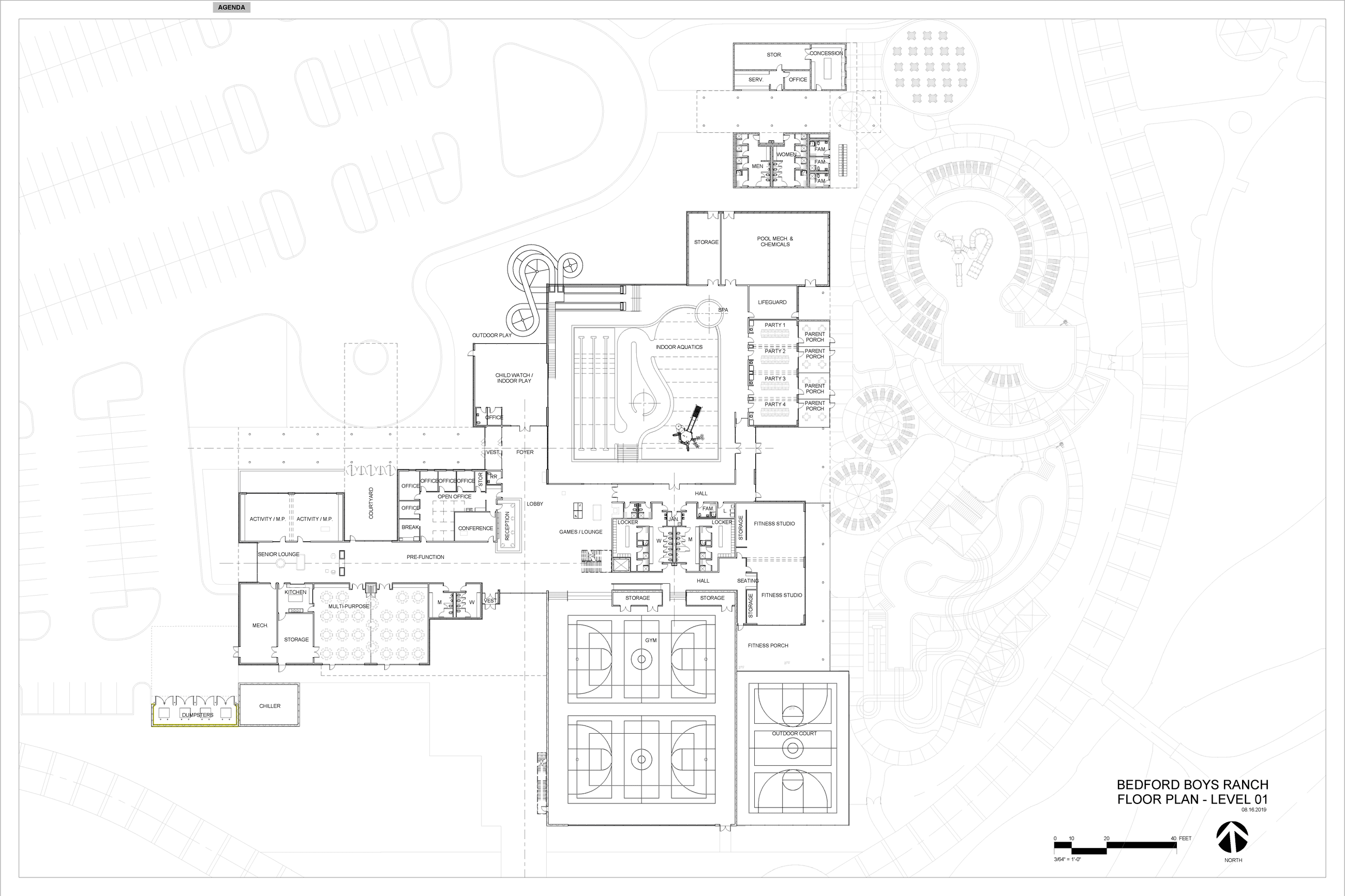 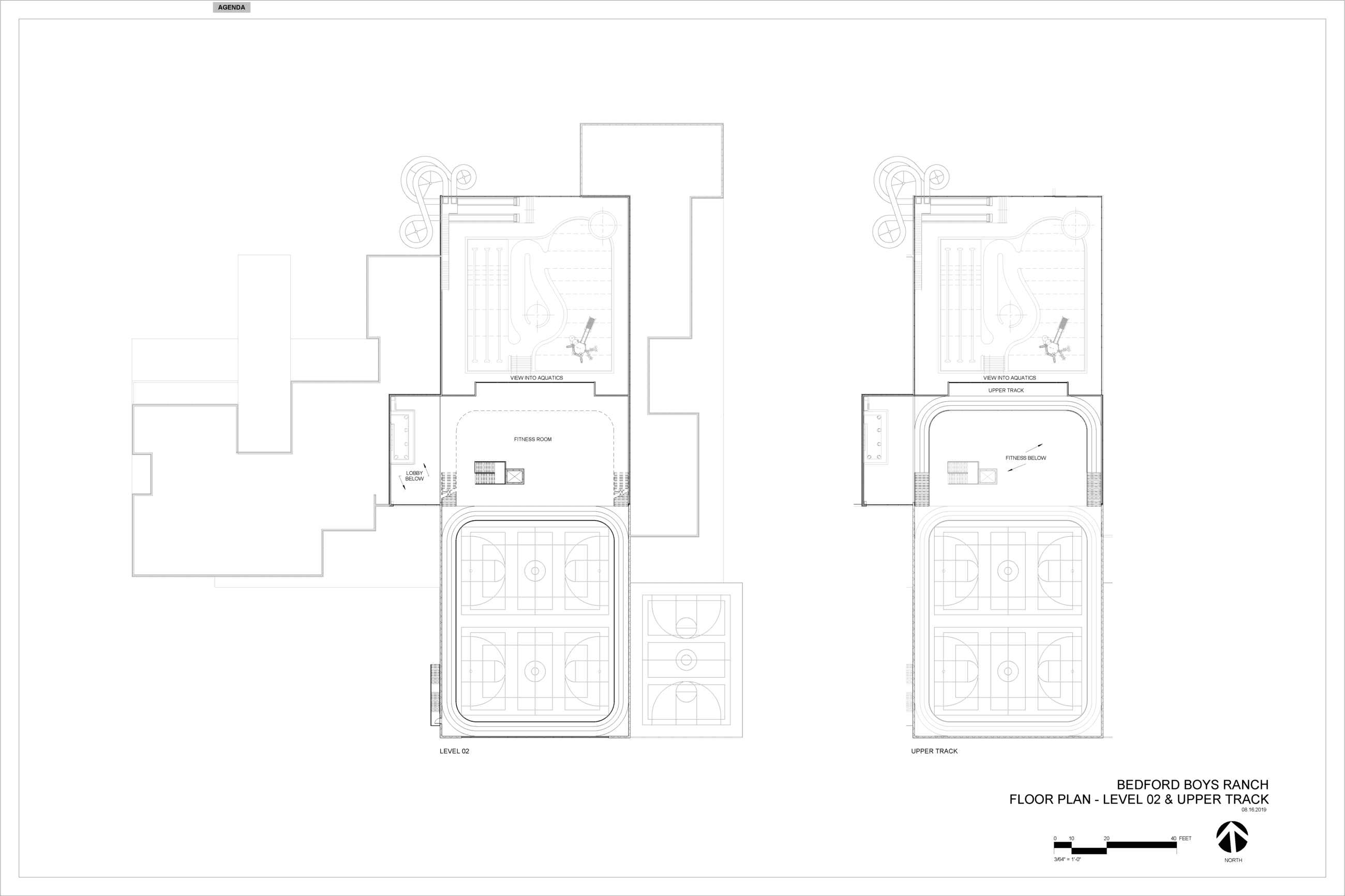 A presentation of the Prioritized Community Needs for Boys Ranch – Phase Next were presented to City Council. Watch the meeting presentation online and review the presentation slides.

City staff members short listed the Request for Qualifications (RFQ) teams. This team was a diverse group of City staff from various departments in order to insure the most qualified providers would be selected. References were performed for each professional and their sub-consultants, prior to the interview. An interview selection committee, comprised of individuals from the City Manager’s Office, other staff, and the City Council, interviewed the short-listed teams from each RFQ in August. The decision was unanimous regarding the recommendation of the firms.

City Council Meeting, May 8 - A new Concept Plan was presented to the public during the meeting. Upon receipt of comments and consensus of new Boys Ranch Park - Phase Next concept, City Council instructed staff to begin the consultant selection process. View the City Council meeting.

The City Council met in a Work Session with City staff to hold a Design Charrette on the Boys Ranch Park - Phase Next site plan to review the bond election Concept Plan. At the meeting, the City Council explored improvements to the bond election site plan to reduce construction time and costs, review the location of facilities, examine constraints, and provide other improvements and amenities within the site plan. A new Concept Plan would then presented to the public at a May 8 City Council meeting. Upon receipt of comments and consensus of Phase Next – Concept B, City Council instructed staff to begin the consultant selection process. View the Agenda.

The City Council approved the ordinance to issue $60 million out of the $70 million that was previously authorized for park-related matters for the “City of Bedford, Texas General Obligation Refunding and Improvement Bonds, Series 2018”. The City received the funds in April 2018.

The City Council approved securing the services of Cissy Sylo to serve as the Capital Projects Director for the City of Bedford during the Boys Ranch Park - Phase Next improvements. View the Agenda.

The City released a video regarding the vision of the Phase Next project. Watch the conceptual flyover video.

The City Council approved language and vote to hold the Bond Election scheduled on November 7, 2017, in the amount of $70 million. View the Agenda.

The first Public Input survey was released and public input meetings were held. View the July 13 Public Meeting and July 28 Public Meeting online. The presentation during the meetings covered the following:

The Feasibility Study was presented by Kimley-Horn. View the Council Agenda online. View the presentation online.

The City contracted with Kimley-Horn and Associates (KHA) for updating the Boys Ranch Park Master Plan to include a Comprehensive Feasibility Study and Conceptual Design for a Multi-Generational Community Center (recreation and senior center), renovation/replacement of athletic fields, and conceptual use of re-purposed property. This project has been referred to as "Phase Next" and is estimated to cost $70 million.

The Bedford Parks and Recreation Master Plan was updated.