Alert Unlocking Your Water Meter Box Read On... Updates on COVID-19 Read On...

Severe storms brought heavy rain to the City of Bedford, causing the concrete channel wall adjacent to Brook Hollow Park to collapse in February 2018. Damages were extensive enough that City officials had to consider engineering services for re-construction and identify solutions that would protect the property from further erosion. The entire south wall on the east side of the channel of Brook Hollow Park had collapsed and various other sections of the wall were also compromised along the 400 linear feet of existing channel from Rankin Drive to the pedestrian bridge. Kenny Overstreet, Public Works Director for the City of Bedford, is overseeing the project. “When investigating the damage, my first concern was securing the site for the safety of patrons visiting the park and to take precautions that would prevent further damage.”. Overstreet added “Based on the amount of damage, I knew that an engineering firm would need to be consulted to redesign the channel walls in an appealing manner.”

In March, 2018, the Bedford Council agreed that Kimley-Horn and Associates, Inc. (Kimley-Horn) was the best choice to redesign the Brook Hollow Park channel wall. The agreement included project design, bidding, construction phase services, a topographic survey, and geotechnical analysis. Kimley-Horn was also tasked with moving a 27-inch sanitary sewer line and constructing a pre-cast modular block wall system that would encompass 10,500 square feet, designed to protect the property from further erosion. Additionally, culvert and channel improvements were included in the design that would make Brook Hollow Park aesthetically pleasing. When discussing options for the pre-cast modular wall system, Overstreet stated, “We wanted to mimic a natural appearance and selected an earth tone stain for the wall that would complement Brook Hollow Park.”

The design plan was completed on April 23, 2019. Bedford City Council then entered into a contract with Austin Filter Systems, Inc. (Austin Filter) for the construction at Brook Hollow Park. The main focal points of the contract were demolishing and removing existing materials within the channel, constructing the pre-cast modular block wall system, installing approximately 400 linear feet (LF) of 27-inch sanitary sewer line, and implementing permanent erosion control measures. With the design completed and Austin Filter ready to begin construction work, a public meeting was held at Brook Hollow Park on July 15, 2019. Approximately 50 people attended, including City staff and contractor representatives. The informative meeting offered insight into project design, construction timelines, and anticipated park closures. Residents were encouraged to ask questions that would aid them in understanding the full scope of the project and the completion timeline.

Austin Filter wasted no time getting started on the project. The first day of construction was August 12, 2019 and by October 22, 2019, the east and west sides of the channel, north of Rankin Bridge, received erosion control measures. Two pre-cast manholes were installed and 215 LF of the sanitary sewer line was laid. Contractors worked diligently on the construction portion of the project and by November 20, 2019, the west side of the wall system was 95% completed. Backfilling behind the wall, starting at the bridge on Rankin Drive, had commenced and final block placement, connecting the pedestrian bridge to Rankin Bridge, on the east side of the wall began. Tech Underground, the subcontractor for the wastewater portion of the project, placed 360 linear feet of 27-inch sewer main, set two precast, and poured one concrete manhole.

A test to verify the structural stability of the pipe, joints, and manholes was administered and no deviations in flow, inflow, or infiltration were found. Final connections were made in December 2019. Austin Filter continued with construction and installed a wrought iron fence on top of the block wall on both the east and west sides of the channel. A concrete wall was then built along the maintenance ramp area, on the east side, that provides gated entry for City staff to routinely access the channel for maintenance and monitoring purposes. The installation of a gravel road, on the east side of the channel and grass placement on the west side, along with grading and backfilling finalized the construction phase of the project. With the pre-cast modular wall system in place, contractors pressed forward in July 2020 to complete the final phase of the project and began the staining application process. This three-step process consisted of a base sandstone colored stain applied to the entire wall, followed by the application of two highlight colors of brown and charcoal over the base stain. A seal coat was then applied to protect the wall from sediment staining. The process was completed in approximately nine days.

Brook Hollow Park spans nine-acres on the southwest side of the City of Bedford and is home to a variety of amenities. At various times throughout construction of the channel wall, the playground on the west side of the channel was closed for safety reasons. With the project now completed, residents are encouraged to venture out, revel in the sunshine and explore the park. They can take part in the newly repurposed half basketball court, climb on the playground, run around in the open-play field or walk the linear trails that are approximately 1500 LF around. Three new concrete pads have been installed with picnic tables that enable families to gather for a picnic lunch. Security lighting and three water fountains are strategically placed near the playground and trails, making this a great outdoor space that is peaceful, safe, wheelchair friendly and family oriented. Overstreet’s final thoughts on the park are positive and he states, “The Public Works Department and the Parks Department worked together to make Brook Hollow Park a peaceful and fun place to visit with your family. The overall appearance is great, and I hope to see more people using this space on a regular basis.” 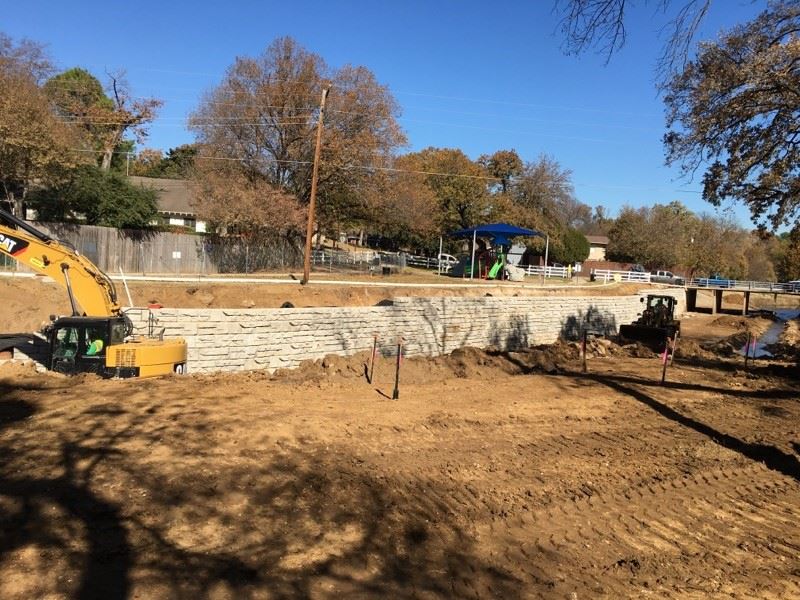 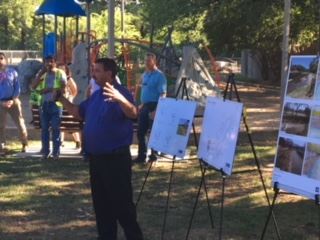 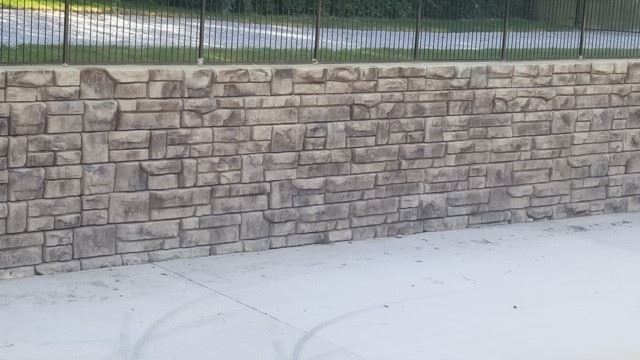 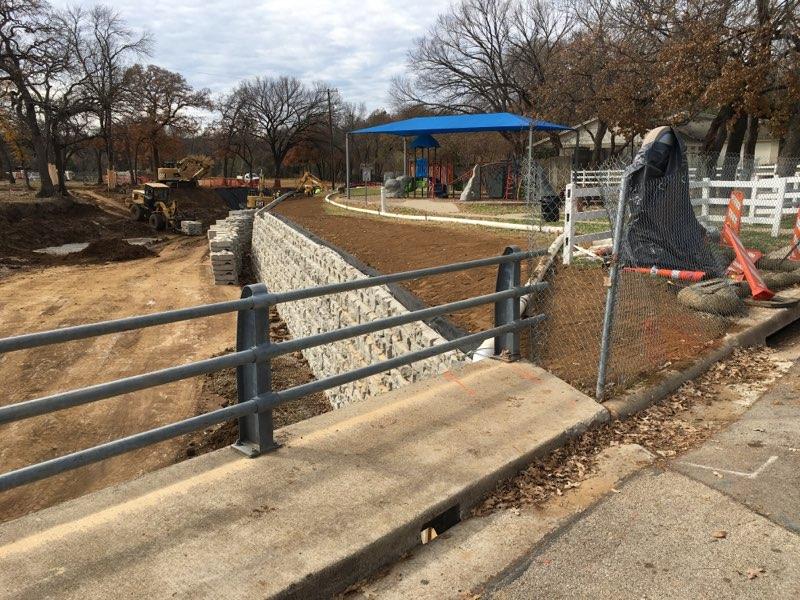 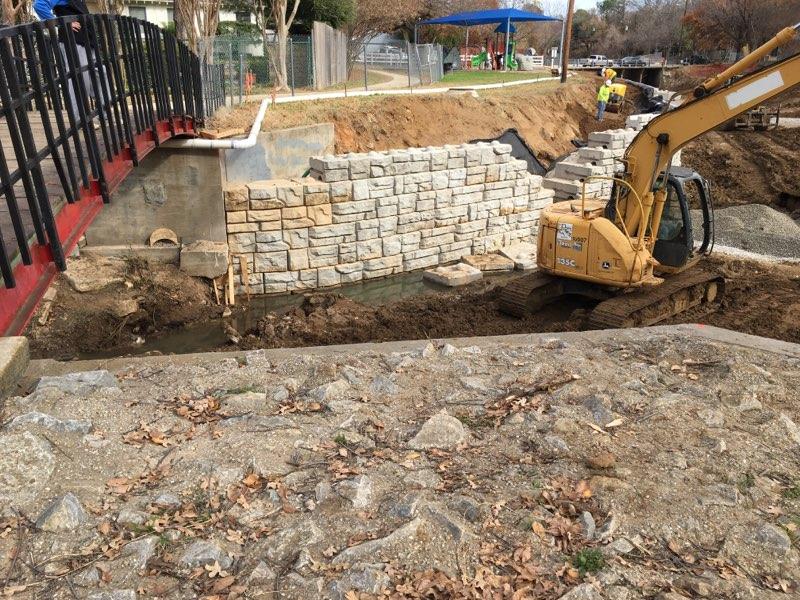 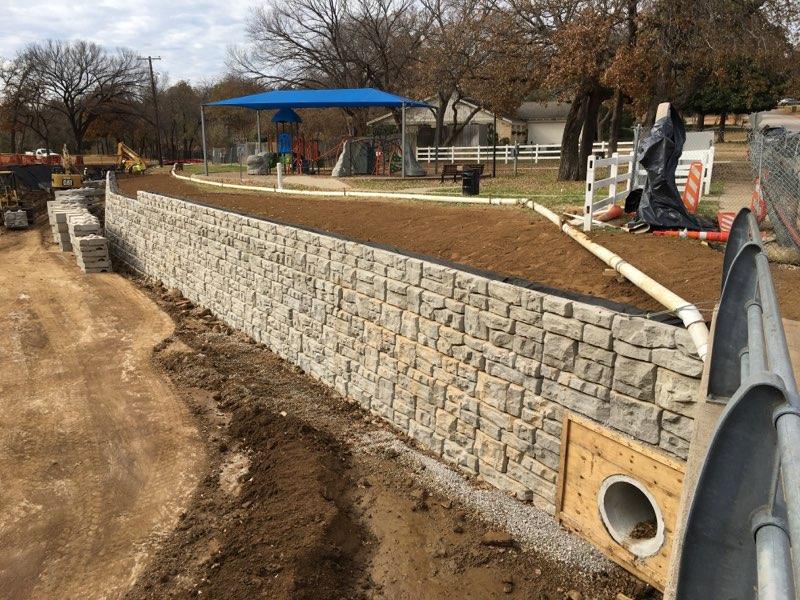 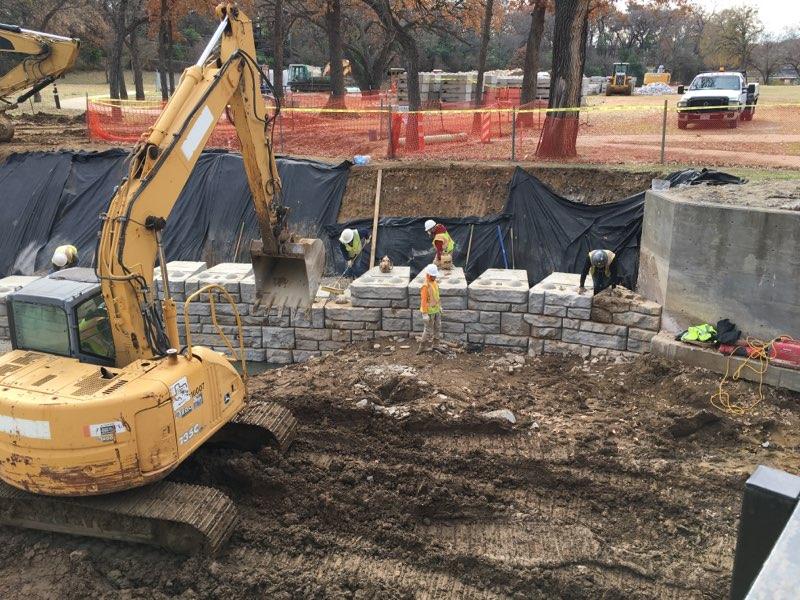 On Wednesday, September 30, 2020 roadway striping was completed on Cummings Drive. Contractors performed modifications to existing striping, including the installation of thermo-plastic reflective striping and also repainted striping within school zones and various pedestrian crosswalks located on Cummings Drive. In accordance with regulations set forth by the Texas Manual on Uniform Traffic Control Devices (TMUTCD), portions of the bike path were converted from designated bike path lanes to shared bike path lanes. Changes include updated pavement markings that assist both the bicyclist and motorist on a shared bike path lane. 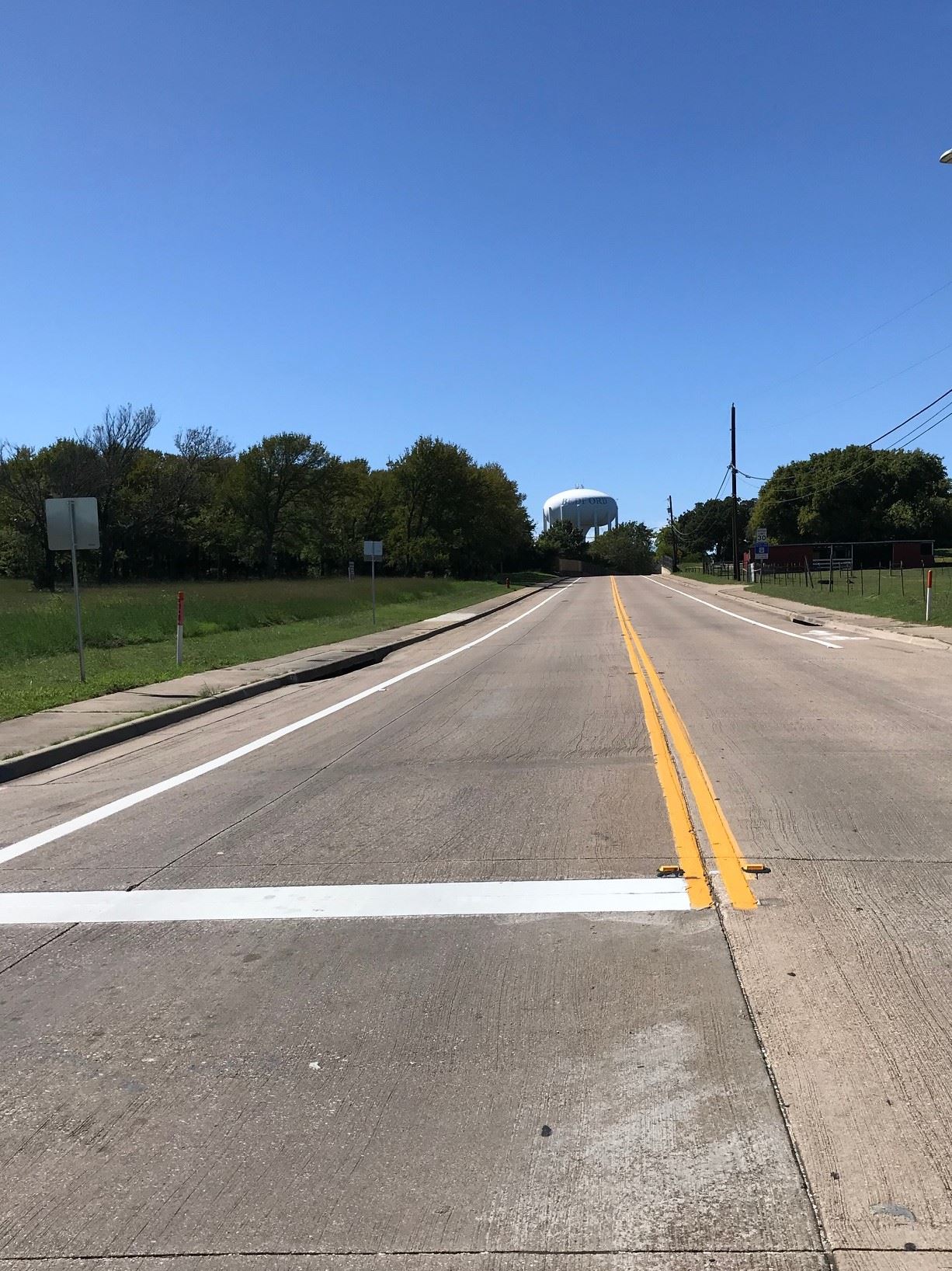 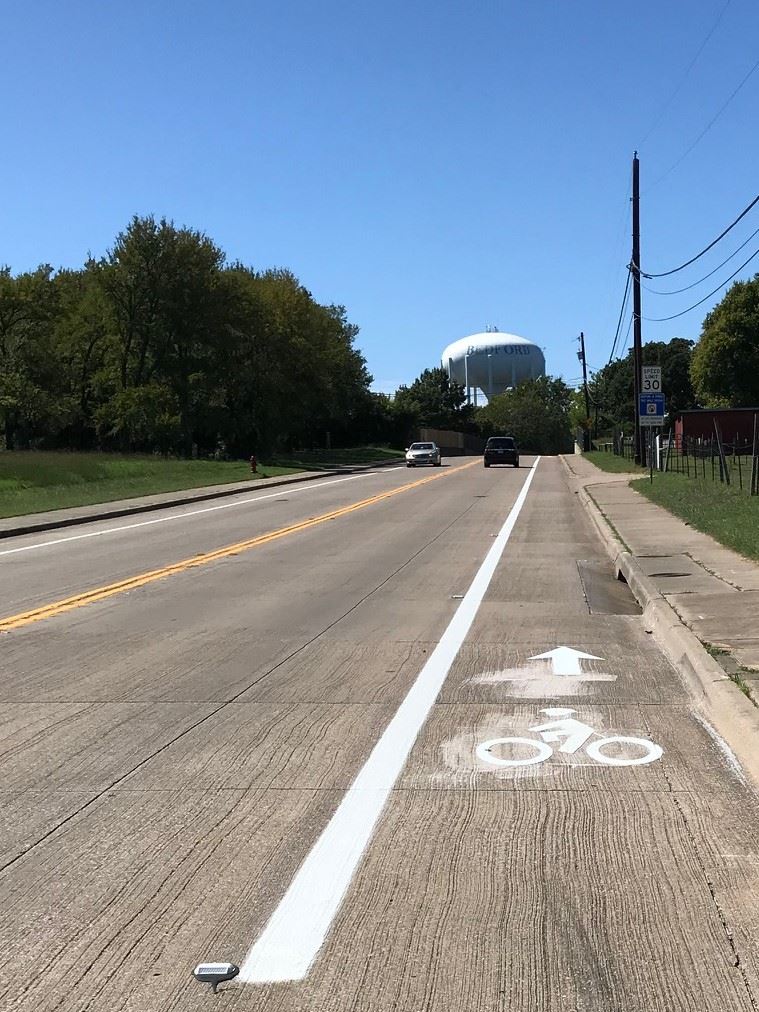 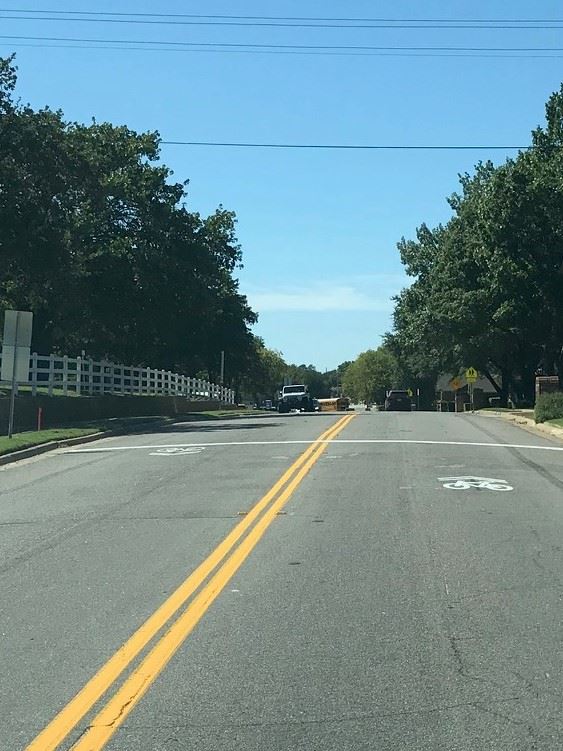 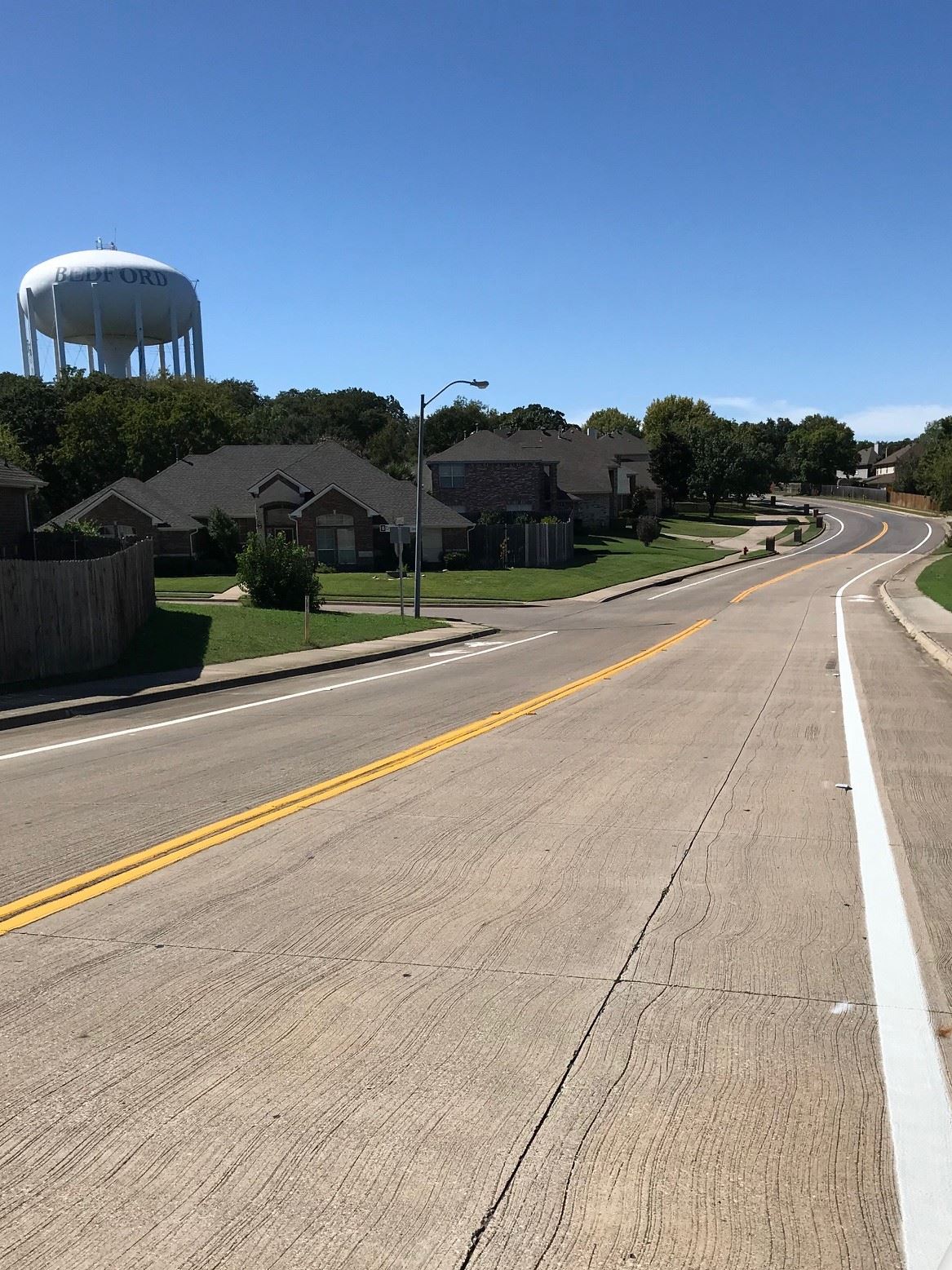 On August 12, 2020, an inspection of the project was performed by Kimley-Horn, with representatives from the Cities of Bedford and Euless in attendance. The contractor, Bean Electrical Inc., has been provided a list items that need to be addressed prior to final acceptance of the project. The lane expansion and traffic signal on Cheek-Sparger Road are currently fully operational. 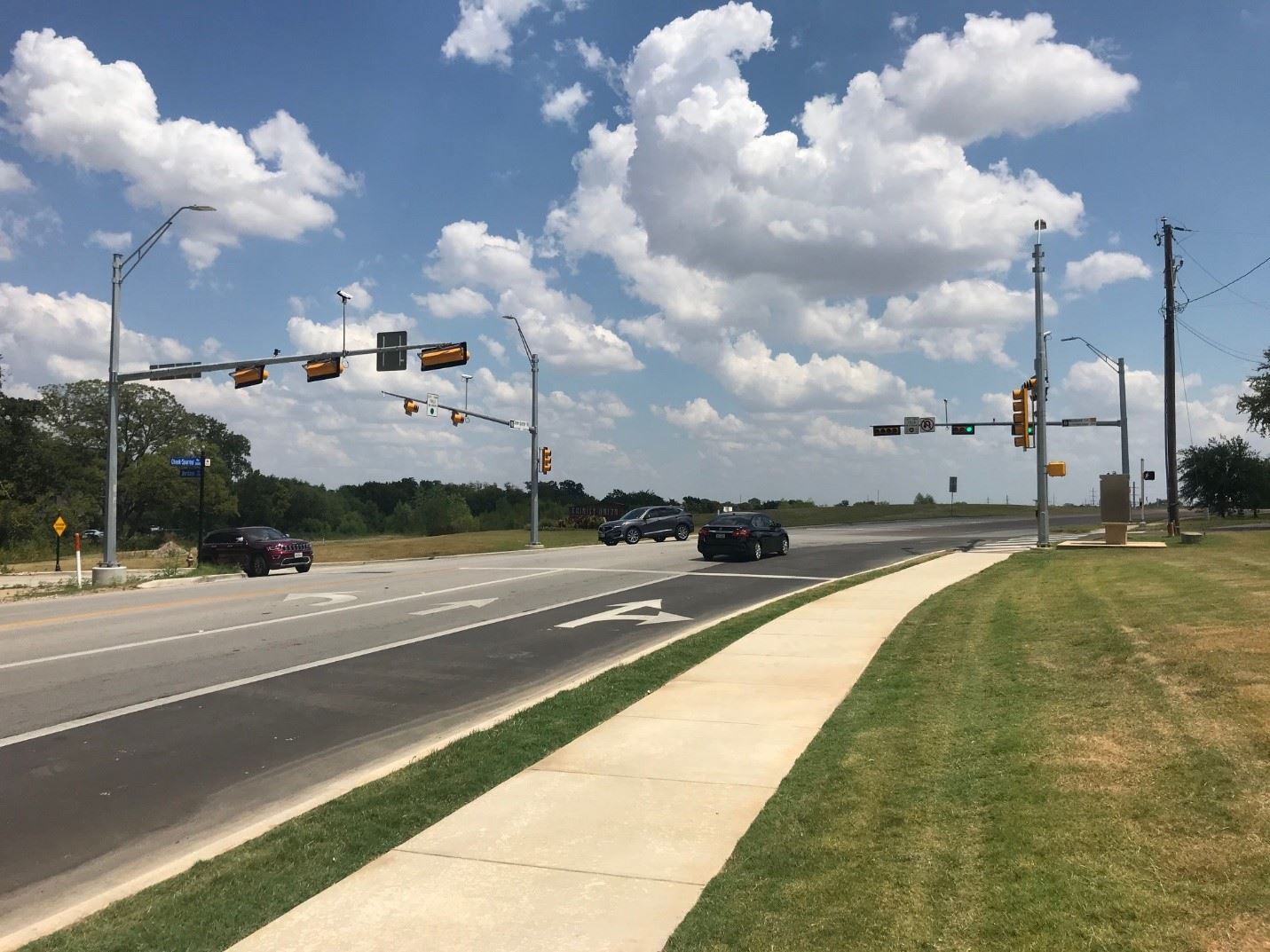 The Public Works Street and Traffic Division completed the installation of two sidewalk ramps at the crosswalk on L. Don Dodson, between City Hall and the Community Development Building. The crosswalk includes entrance ramps, traffic signs and rectangular rapid flashing beacons to enhance traffic notifications. The beacons are activated by pedestrians and are designed to draw the attention of motorists when pedestrians are entering the crosswalk. Radio communication activates and synchronizes the warning beacons, thus eliminating the need for electrical conduit installation and hard-wired connections. The project was completed by Public Works staff on Monday, December 16, 2019. 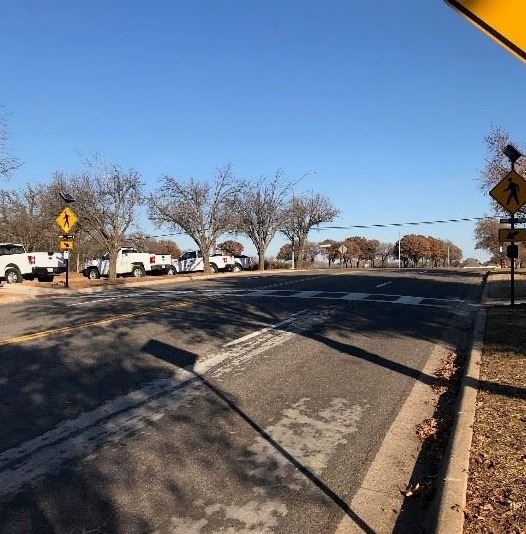 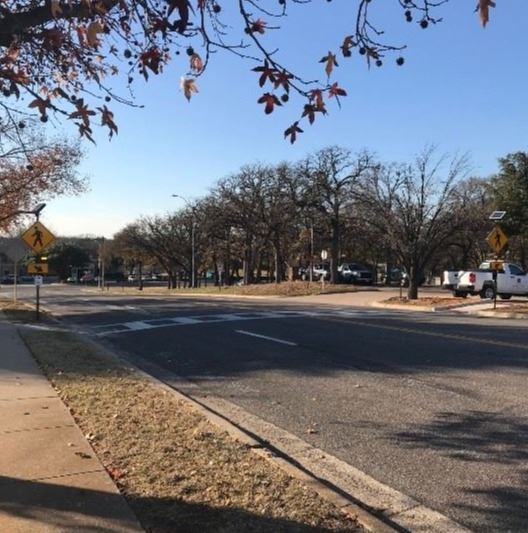